Pay-as-you-go travel smartcards used by commuters in Gedling, Nottinghamshire, have broken through the £1 million sales mark just a year after launch thanks in part to the roll-out of Cammax TVMs (Ticket Vending Machines) in the region.

Nottingham City Council’s (NCC) initial project with Cammax was for 82 ITSO Smart Outdoor Card Dispensing Kiosks and 6 Indoor TVMs. The dispensing machines are located in prime and convenient locations around the region allowing commuters to purchase travel smartcards with ease. 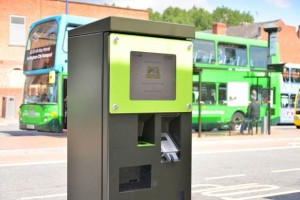 Following the success of the initial project, the close working relationship we developed with NCC enabled the authority to nearly double the size of the next roll-out; in 2016 an additional 66 TVMs were ordered which have since been deployed. NCC now has the first Oyster- Style ticketing scheme outside London with one of the highest City Centre penetrations of Smart TVMs in the UK.

Since the TVMs have been deployed, it has been reported that over 20,000 Robin Hood pay-as-you-go smartcards are now thought to be in circulation, enabling passengers access to cheaper travel on Nottingham’s trains and trams. The cards have proved popular across the Gedling borough since machines were installed in other locations including Arnold, Carlton and Netherfield. 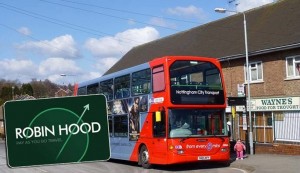 He said: “We are very proud that the Robin Hood card is proving to be a popular travel option and the new features and products we have implemented have been a success. “Further planned improvements will allow the Robin Hood card to become an even more flexible and cost-effective way to travel.”

Nicola Tidy, marketing director at Nottingham City Transport said “Robin Hood smart cards are ideal for those travellers who need to interchange between modes of transport, the new pay as you go card offers flexibility of travel for the best price and many City residents are taking advantage of this new way to pay”.