How SMART Ticketing is Changing the Face of Bus Travel 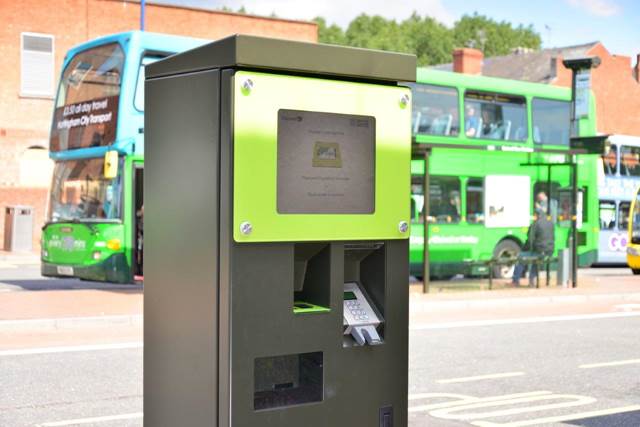 The introduction of new contactless-enabled payment technology is completely transforming bus travel in the UK as transport groups and manufacturers work hard to reduce costs and improve efficiency across the network.

It has been a while since Transport for London (TFL) bought in a 2014 ruling that demanded cash free payment methods be included on all London buses but since then a number of regions across the UK have followed suit and decided to invest in SMART ticketing initiatives of their own.

Further south and Nottingham now has the first Oyster- Style ticketing system outside London following the roll out of 82 ITSO-enabled ticket vending machines (TVMs) in 2016.

But how has SMART ticketing helped to change the face of travel and how are passengers and bus operators benefitting?

The aim of SMART ticketing is to ensure buying a bus ticket is as easy and as seamless as possible. It’s estimated that around half of us now carry less than £5 in cash, which means we rely on card and mobile payments more so than ever before.

Historically, two of the biggest passenger bugbears has been service punctuality and issues relating to not having the correct change. These criticisms are now becoming redundant however as more and more SMART ticket vending machines pop up that offer convenient payment options including contactless and Apple Pay.

For operators, reducing the reliance on cash- which is expensive to manage- has boosted the bottom line and for passengers, boarding times and queues have reduced significantly as commuters no longer have to scramble around to find exact change.

This all leads to higher customer satisfaction rates. Currently leading operators like First are carrying around 1.6million passengers per day and have trialled cashless payment across a number of their services to great success. The next 12 months will see more SMART measures rolled out across the country including the introduction of more ticket vending machines alongside new mobile ticketing initiatives.

It was recently announced that 17 million contactless transactions are made by commuters in London each week, and that is only going to rise, particularly as contactless and mobile payments become more and more common.

For the bus industry, it’s a game changer and stakeholders are keen to introduce more of the popular technology currently found on the UK’s train network.

Alongside mobile payment options, bus services are keen to add Wi-Fi and they are also working hard to bring consumers and services closer together. By developing things like apps that allow users to buy tickets via their smartphone, it’s now become easier for operators to communicate effectively with their passengers and investments in things like RTI (Real-Time-information) how proved extremely successful in inspiring public trust in the service.