More Cammax SWIFT Kiosks Rolled Out across the West Midlands 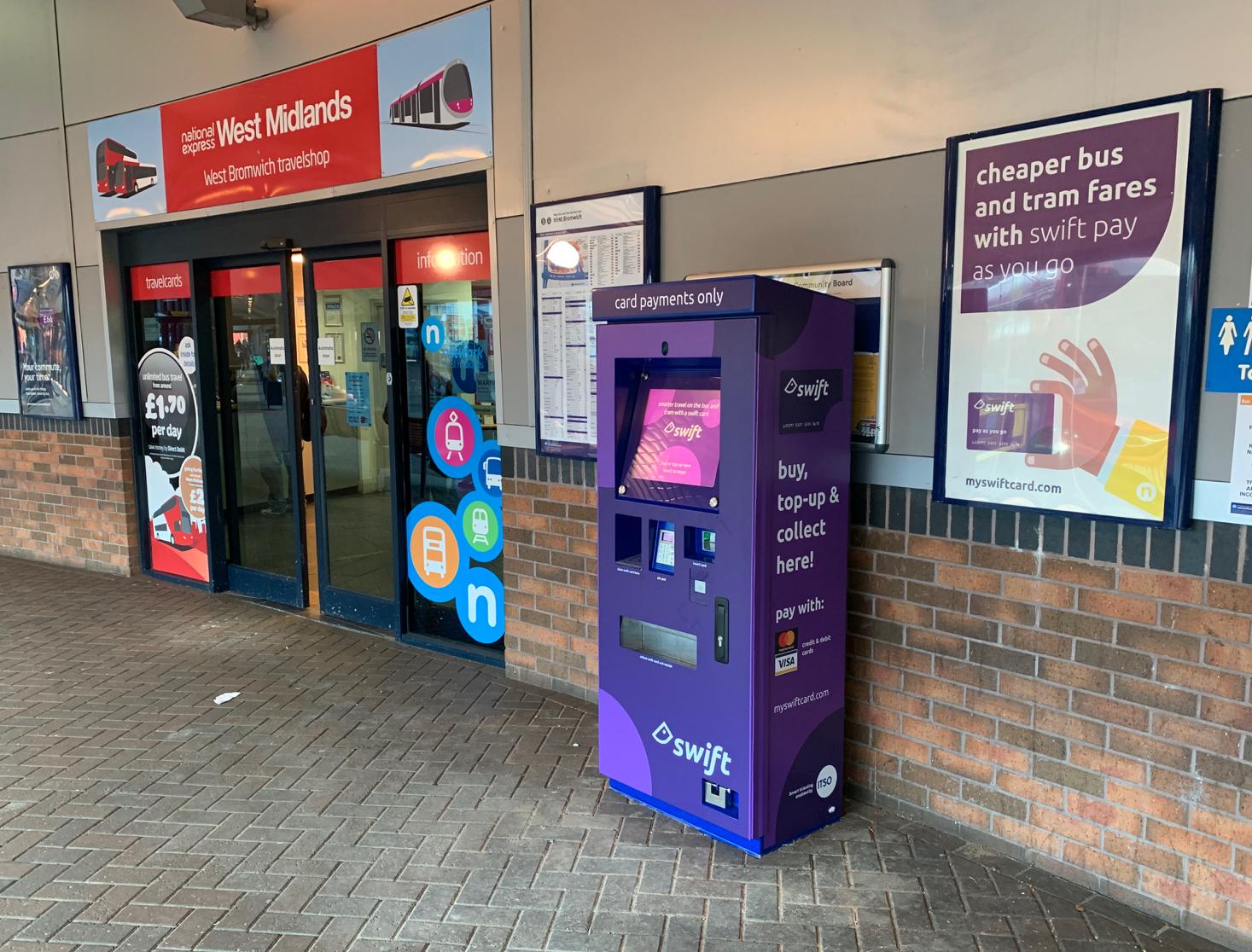 Following the launch of a brand new ITSO SMART Ticketing initiative with one of the biggest public transport authorities in the UK, Transport for West Midlands (TFWM), more Cammax SMART Ticketing machines have been rolled out across the West Midlands, making it quicker and easier for passengers to purchase/top-up their SMART travel cards.

What is a Swift Kiosk?

TFWM had already offered the ability to top up SMART travel cards via Travel Shops, a network of Payzone agents, and the Swift website, but following recent efforts to refresh the Swift brand, TFWM were also looking to explore new and innovative products and features that could potentially enhance the customer experience.

That’s when they turned to Cammax and, after outlining their requirements, Cammax developed the Swift kiosk, with the first of the machines launched in April 2017 at Wolverhampton bus station as part of 6- month pilot programme.

The Swift kiosk offers a simple, streamlined and 24-7 solution, enabling passengers to purchase:

The products can either be topped-up to an existing card or passengers can request a new card, which can be issued by the kiosk machine in a matter of seconds. The kiosk can also act as a Swift Collector, allowing customers to load any product and credit purchased online to their cards. This functionality can also be carried out with the Swift App and a network of more than 100 Click & Collect sites.

As well as making it easier and convenient for passengers to pay for their travel, there is growing evidence that the project has helped speed up boarding times and reduce queues on the region’s busy transport network.

Given the success of the pilot, and with strong adoption and usage rates, Cammax continued to supply SWIFT machines to TFWM, with the latest 2 kiosk machines rolled-out in Coventry and West Brom this month.

At the time the first Cammax SWIFT ticketing machine was deployed, Matt Lewis, head of Swift Card said: “This is an exciting time in the continued rollout of Swift SMART ticketing throughout the West Midlands.”

“With further great new tickets and functions being introduced, we have taken the opportunity to update and refresh the brand design to ensure that, in keeping with the new solutions that we continue to roll-out, it remains at the cutting edge.” He added.

Here at Cammax, the TFWM Swift project forms part of a long line of SMART Ticketing projects that we have worked on and they have all proved to be extremely successful for passengers, operators and local authorities.

Over the last few years Cammax have worked closely with City of York Council to deploy ITSO Outdoor SMART Ticketing kiosks and Cammax also helped to bring quicker and more efficient travel to Nottinghamshire and Bristol after partnering with both respective authorities to roll-out similar SMART ticketing kiosks machines.