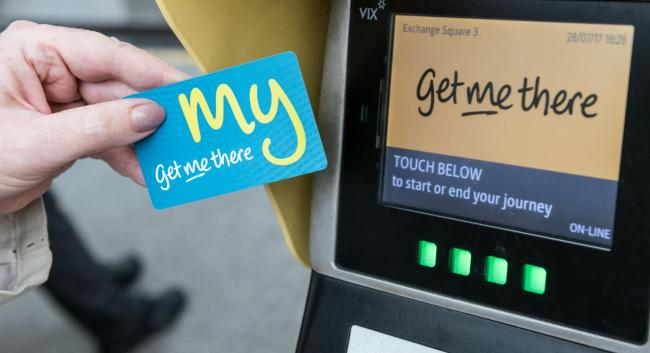 Following several setbacks, Manchester’s first ever transport commissioner Chris Boardman has declared that the region will adopt ‘London-style’ integrated ticketing on buses, trams and bikes by 2024.

Four years ago, transport bosses in Greater Manchester launched a new smart ticketing scheme called ‘Get Me There’ in a bid to streamline and simplify ticketing across the region’s public transport network.

‘Get Me There’ smart cards work similar to London’s famed Oyster card and can currently be used on trams and buses throughout the Greater Manchester Area.

Despite the initial success of the ‘Get Me There’ scheme, earlier this year central Government slashed the funding pot for Transport for the North, taking back the promised £105m for London-style smart ticketing which has cast doubt on the region’s ability to fix what is currently a severely disjointed ticketing system.

In fact, as of 2021, Greater Manchester still has more than 150 different tickets for buses and trains and the problem has been exacerbated by the fact that some transport companies are run by the government, and some are private.

End of Disjointed Ticketing in Sight

However, owing to Manchester Mayor Andy Burnham’s recently announced £1bn-a-year transport plan, Mr Boardman has signalled that an end to disjointed ticketing is in sight and that a new four-year countdown to integrated ticketing starts now.

As well as commitments to simplify the region’s complex ticketing system, Mr Boardman has also revealed that contactless purse payment will be possible across trams, buses and bike hire by 2024, and this will be extended to rail by 2030.

He said: “No matter what colour parka you are in, everyone is aligned on this one topic of transport. It needs to work, it needs to be joined up.

“We are all the on the same side on this one and nobody’s sure what to do about it. It’s unusual.”

Mr Boardman added: “I wasn’t keen on comparing us to London to start with because this needs to be about Greater Manchester. But the point made by Andy (Burnham) is that we aren’t asking for anything that hasn’t already been done.

“London with the Oyster card system was just ingenious, it helped everyone move from cash to cashless quickly and it’s a proven model. There’s no point reinventing systems that already exist.

Earlier this year Andy Burnham revealed plans to re-regulate Greater Manchester’s buses and this move has since been heralded as having the potential to further ease the road to integrated ticketing.

Mr Boardman said the legalities of this – a verdict of a legal challenge from the bus firm Stagecoach has yet to be returned – meant it would ‘take time’ but added: “It’s our intention to have it done in four years.”

“I think the most important bit is you get started and have unwavering commitment to actually do it.”

Commenting on when he expects contactless ticketing to be introduced, the transport Commissioner said Rail would be the ‘slowest part’, due to the mixture of private and public ownership, but he said contactless payment should be available by the end of the decade thanks to the formation of Great British Rail.

Contactless ticketing was ‘incredibly hard to do behind the scenes’, he proclaimed, but insisted this was ‘an opportunity that we haven’t had in generations’, adding: “With HS2 we are going to be retired by time it’s properly functional, this is the kind of thing we can do inside of five years if we get it right.”

Mr Broadman also declared that revolutionising ticketing in Greater Manchester was part of his plan to boost active travel – ‘reshaping streets and dealing with climate change’.

At Greater Manchester’s transport HQ, work is now underway to help map out the best way forward regarding integrated ticketing.

Plans are also being developed to finalise how contactless ticketing might work, whether the associated technology will be led by an outside firm or in-house, with conversations on this ‘very live right now’.

Sharing his vision of a future where passengers will move with ease between walking, cycling and taking a bus or tram, Mr Boardman added: “I think that clarity of the outcome we want is really important to get people to understand.”

“Inside Transport for Greater Manchester people know what we are trying to achieve and we have spent the last few months getting utter clarity of everything we want to create and the timeframe.”